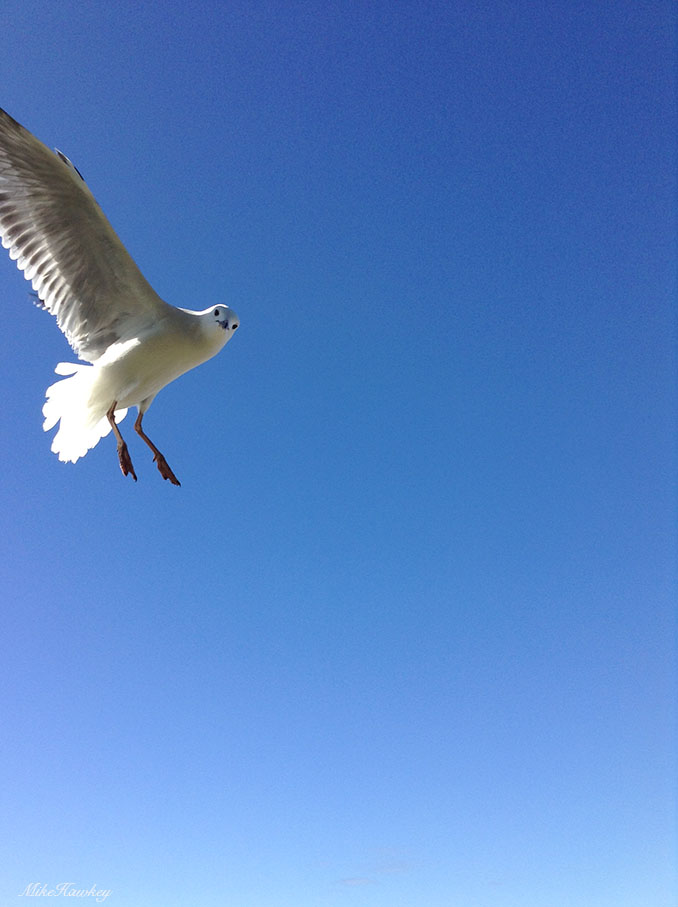 Yesterdays shot wasn’t gained in a single press of the shutter (or screen, since it was take on the iPod). It took a number of attempts to get the seagull close enough, in focus and framed for me to then edit it. Looking at the above image, its almost more like the gull was photobombing me I think! 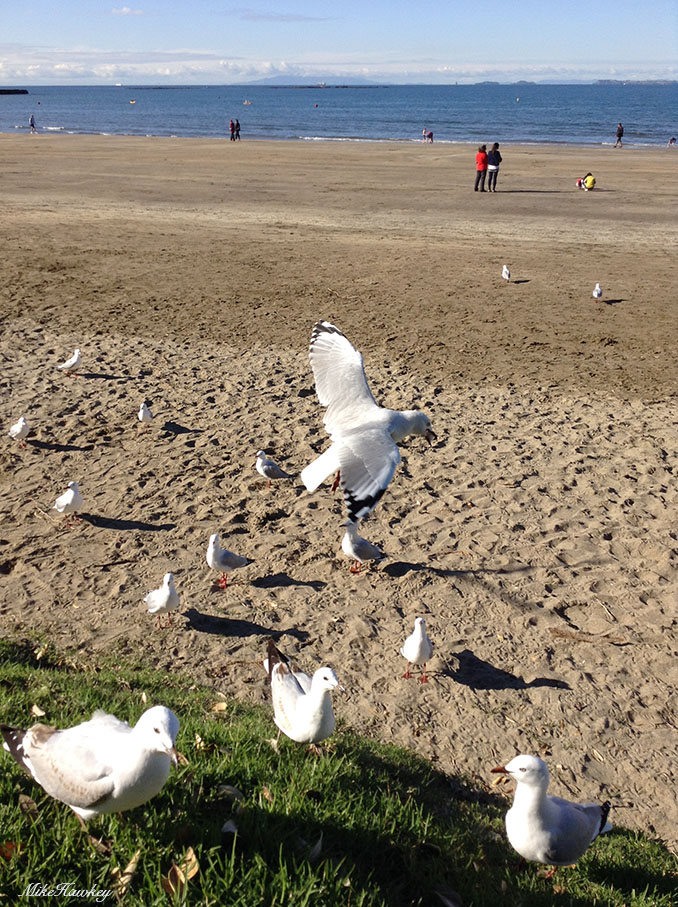 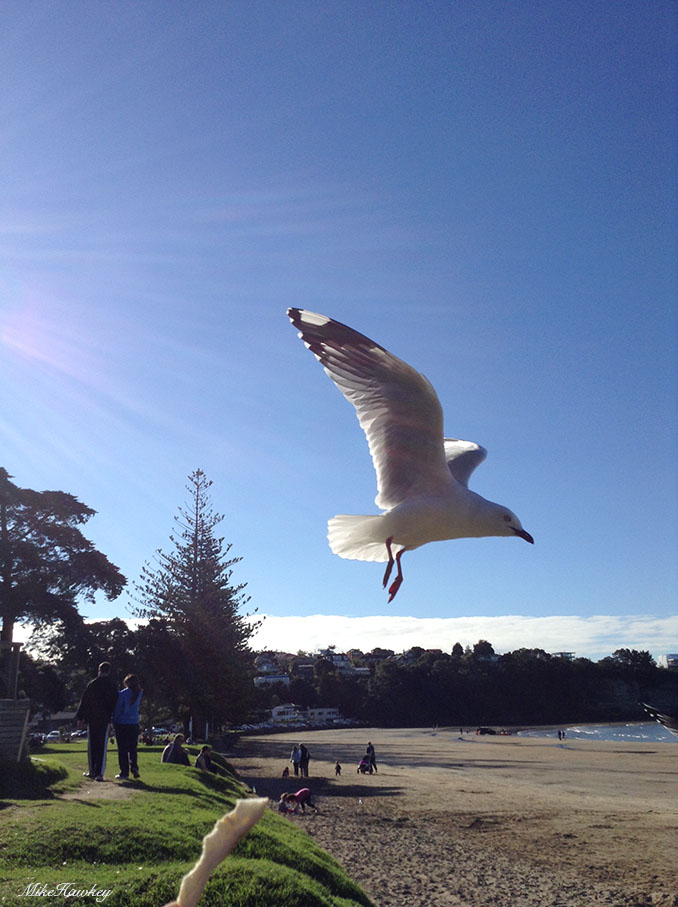 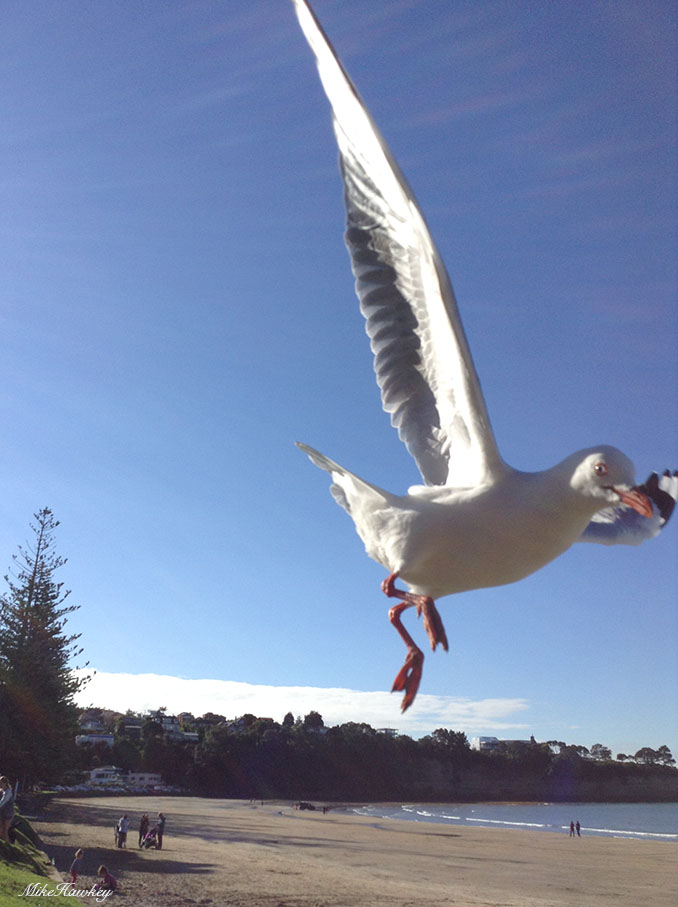 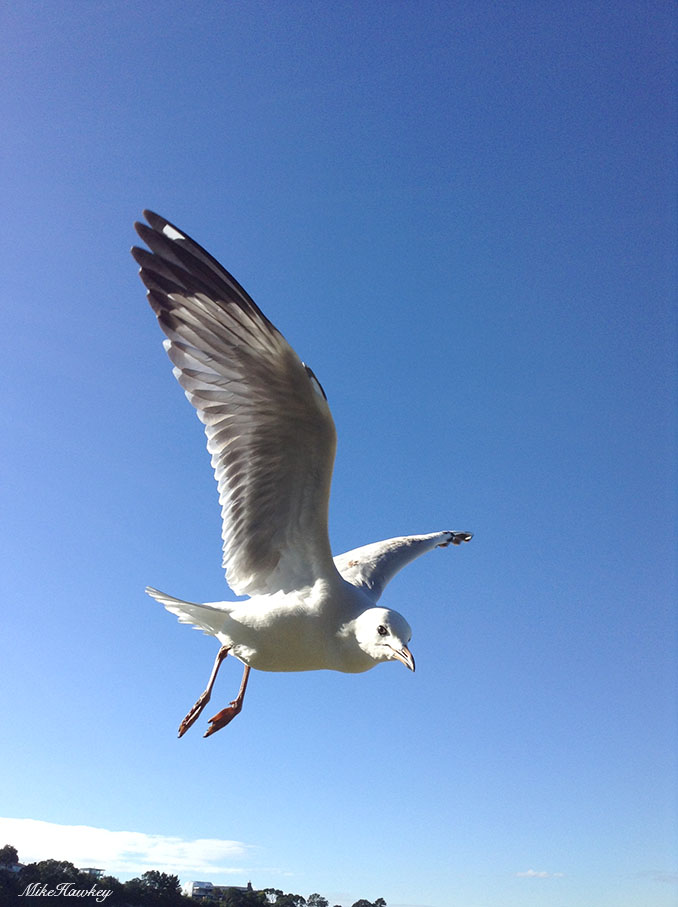 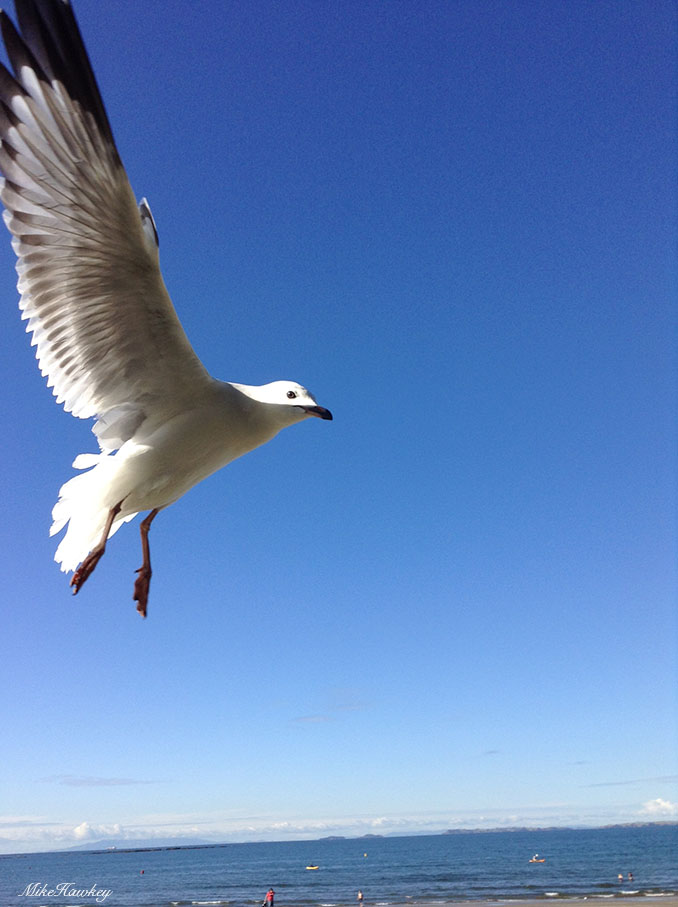 Tempted with bread, a few of the seagulls were game enough to fly up and grab the bread from the other half’s hands. I just had to take the shot in focus enough, whilst missing the bread (Im sure I could have edited it out) and after a few shots, I decided it also needed to remove the background – too easy to get a wonky horizon, or get an uninteresting background. 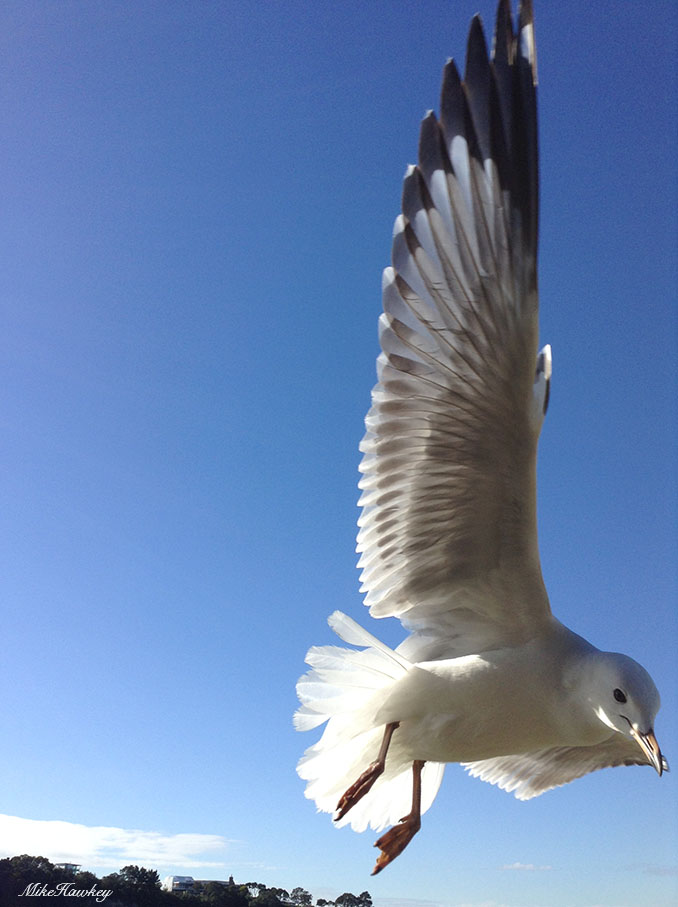 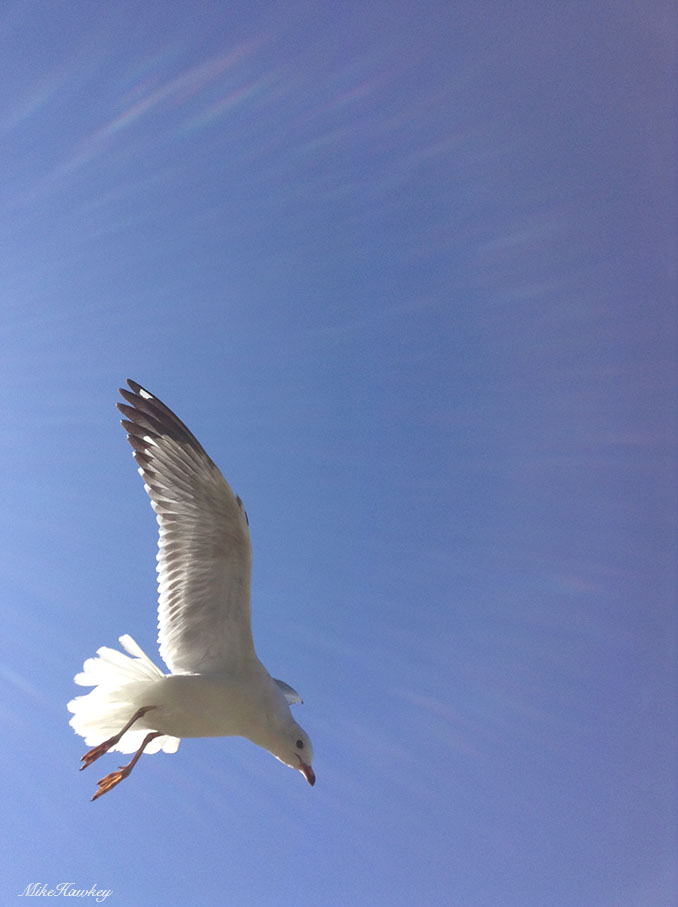 I do like the closer up one (its the only that close I got) Almost used it, but didn’t, and settled on the final shot below to further edit by content aware stretching the background to make a landscape rather than portrait shot. 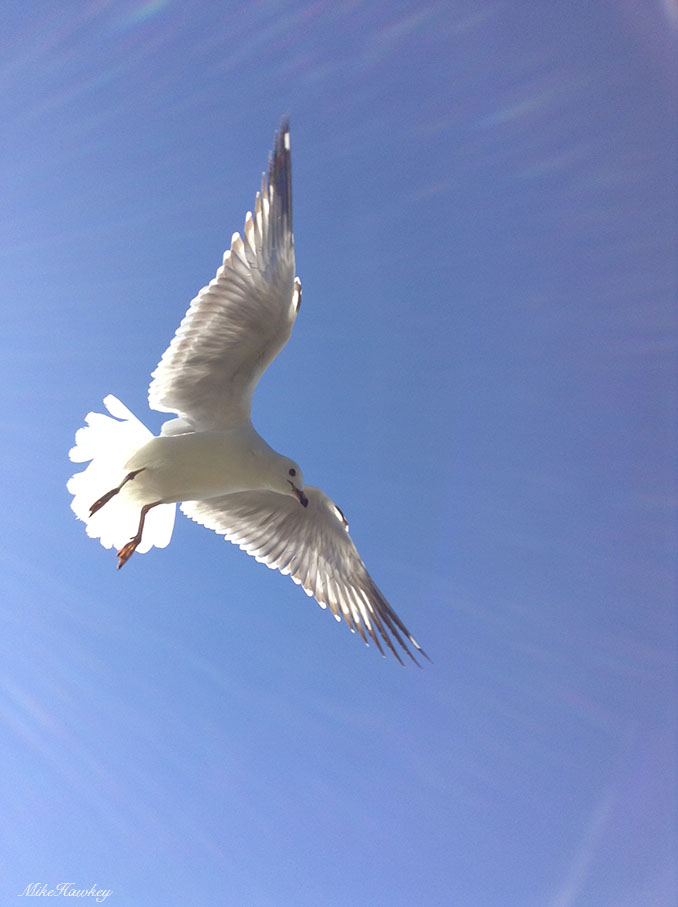 And click here to take us back to yesterdays final edit.