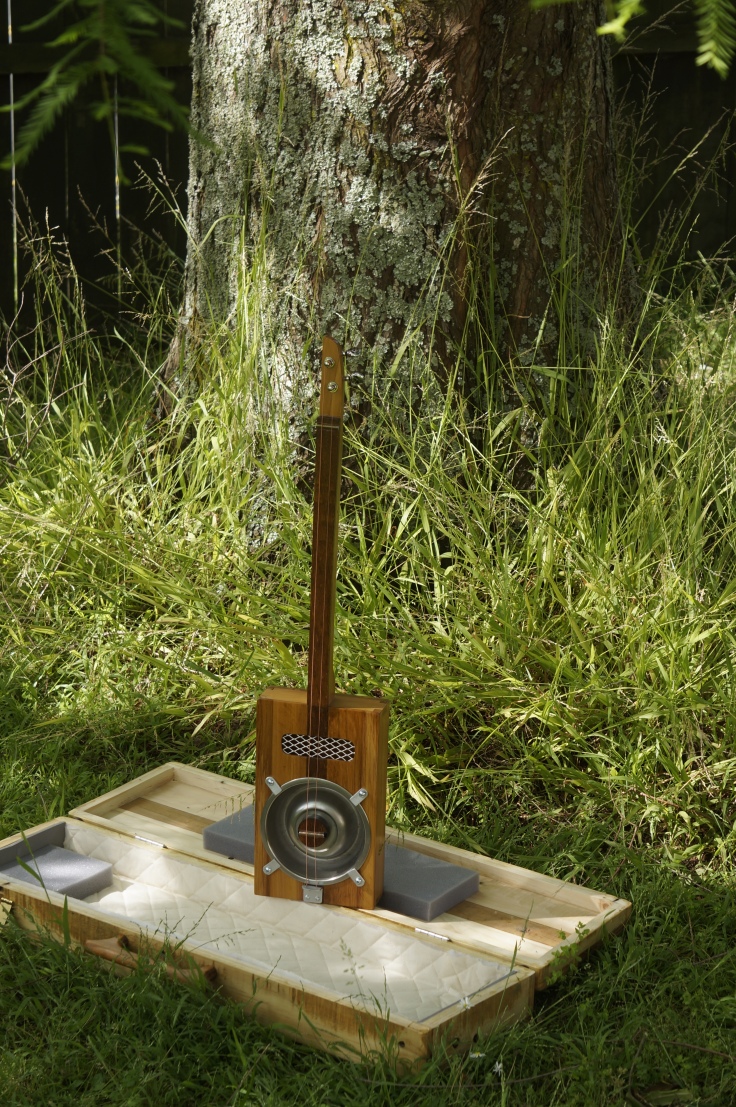 My good mate renovated his house the other year, and in the process removed a wall. Being an old build, the wall studs were made from New Zealand Rimu. Although rough cut (they were designed to be unseen after all) and full of nail holes, a plan formed. I asked for a length for an undisclosed project.

Taking the length, I cut it down on the table saw and then hand tooled from there on to form the neck and box sides. I further cut down strips and laminated together, along with some leftover merbau to make the thinner face sheet.  An old cat bowl, some scrap metals and an awful lot of hand plaining later, the Pāki Tikā Chugger (Cigar Box Chugger) was ready for a final sand and finish.

I wanted to keep the rawness of the build, so whilst smooth, left it with the finish one could tell it was crafted from a rough piece of wood. Adding an old socket and piece of plumbing brass for slides,and it was ready to play.

Wanting to add an extra bit of finish (it was a gift after all), I constructed a storage box almost entirely from an old pallet – again hand plained from rough to mostly smooth finish.

Fretless and two string, its not overly technical, but a lot of fun to sit on the porch and play some old bluesy droning tones. 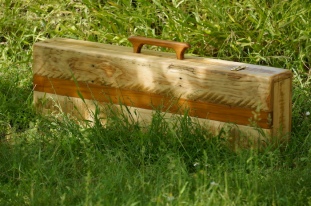 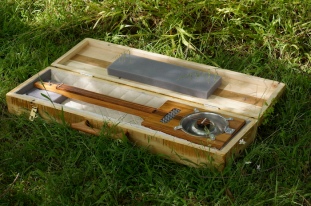 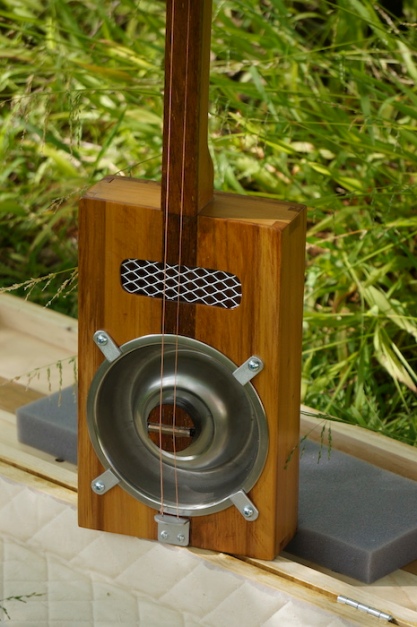 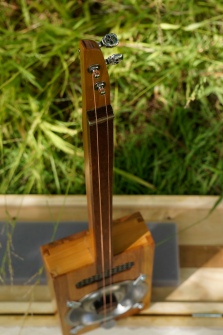 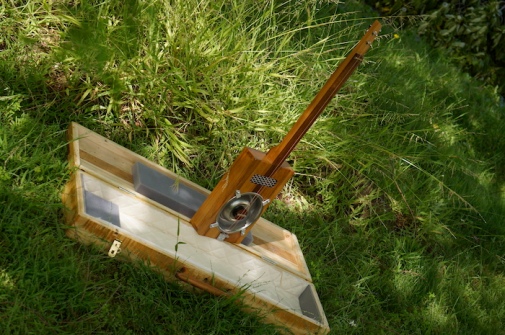 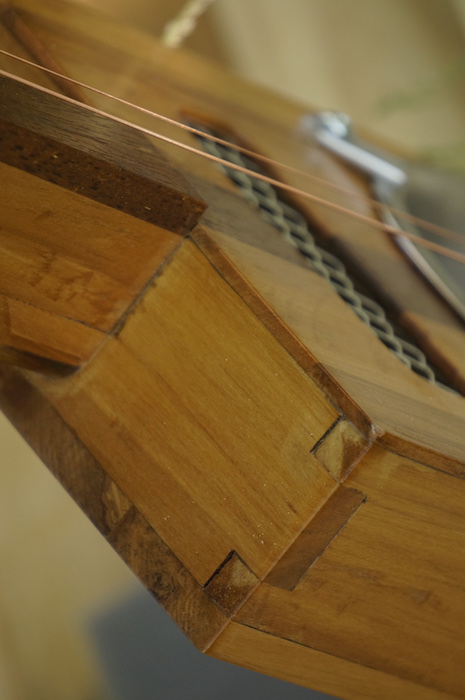 So the Chugger was well received and played a plenty – however… not many online lessons for playing 2 stringed instruments, so I offered the ower an upgrade to a 3 string neck. I had built the unit fairly solid, so although not a impossible task, it was not quite as easy as a bolt on conversion. However, all went pretty well and I was happy with the final outcome and new look: 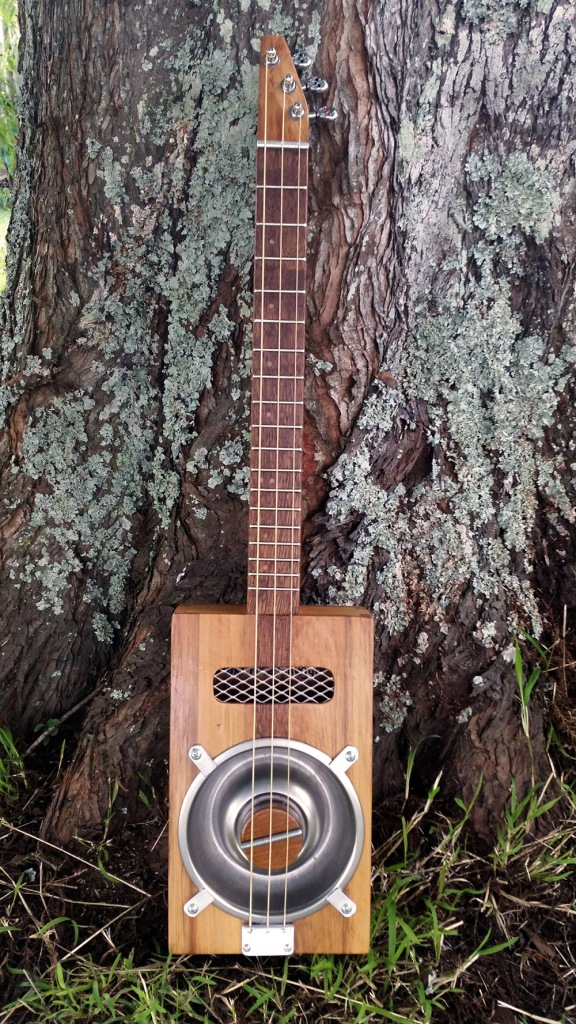 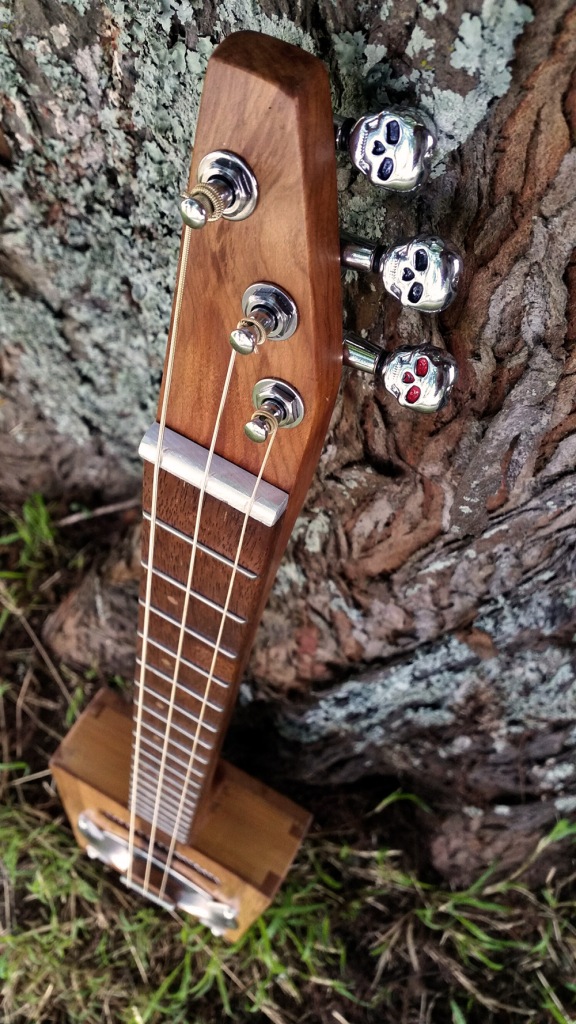 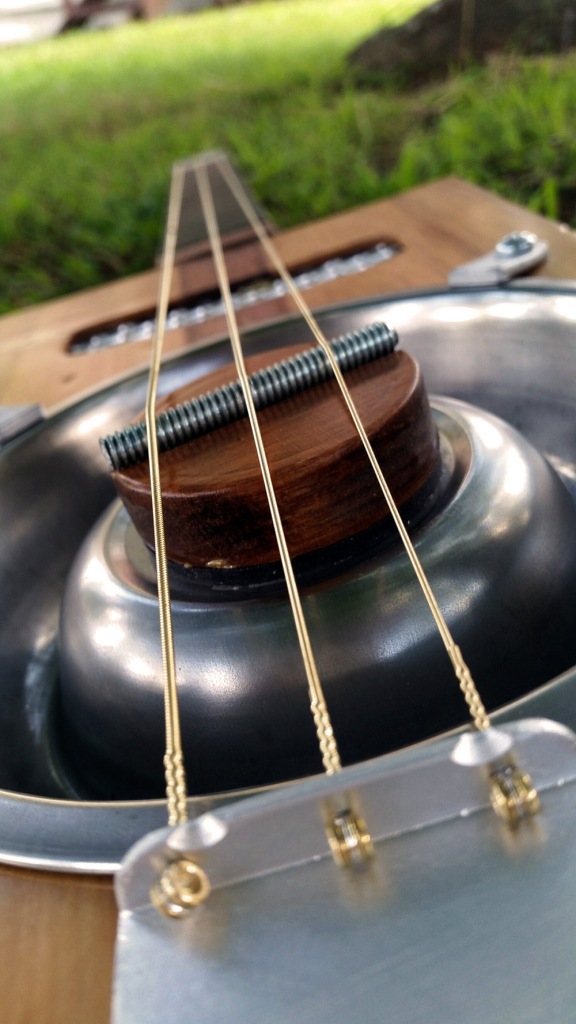 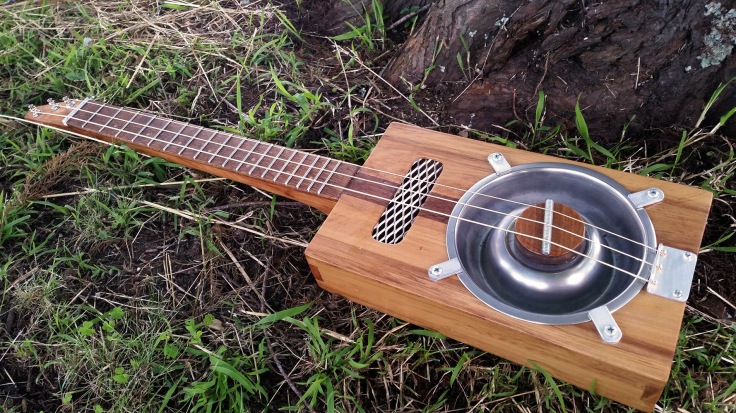