Follow MikeHawkey.com on WordPress.com
Posted on February 7, 2014February 6, 2014 by hawkeyx

We left off yesterday with BD being knocked out and placed in the truck of the Mean Mob. Its just not BD’s day!

I wont keep you in suspense any longer. The conclusion – 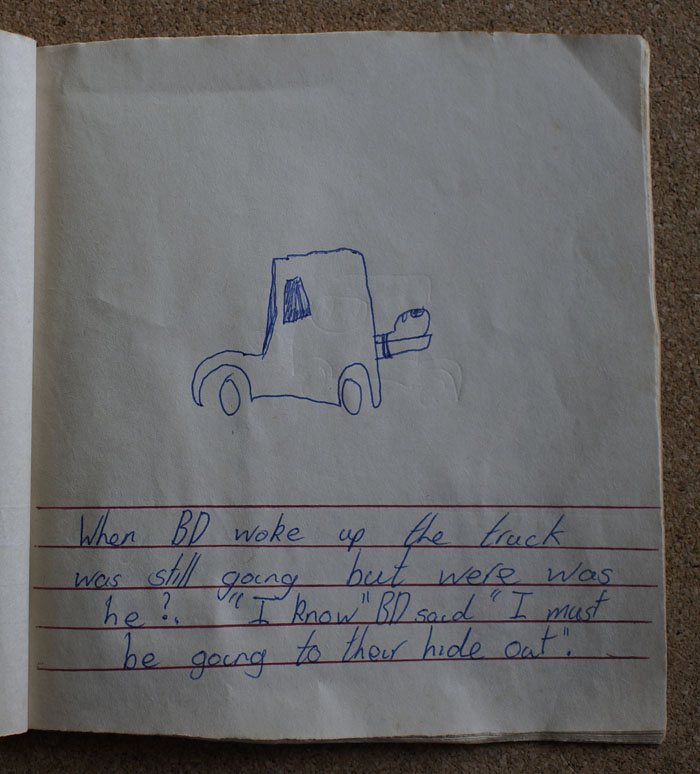 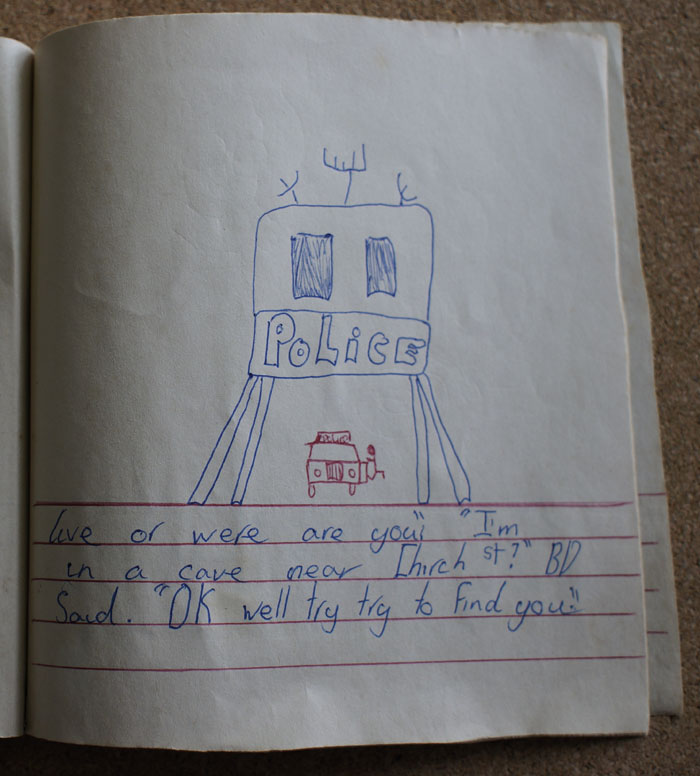 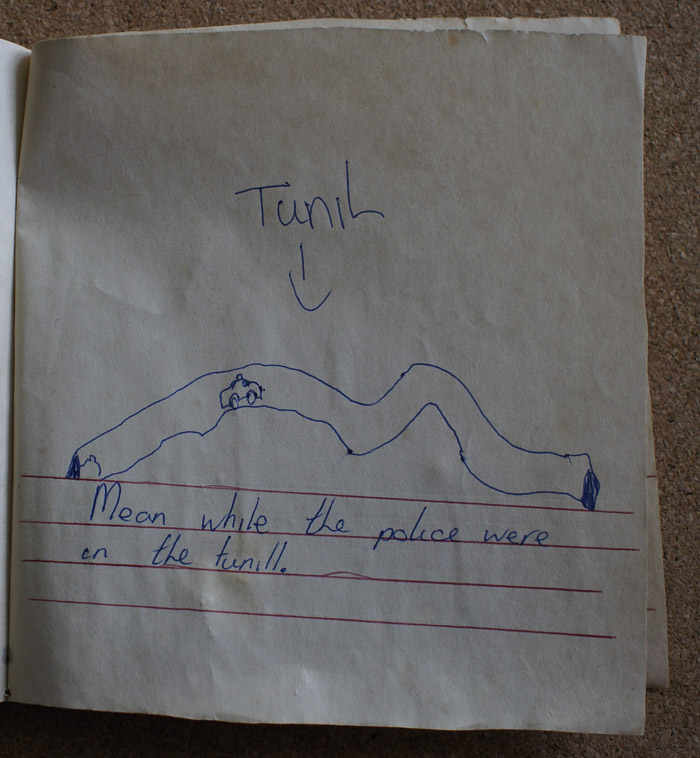 Afterthoughts (as in decades later!)

1.Clearly as a child my spelling was worse than it is now. On the positive side, I can see that I produced the story all by myself, without any assistance from parents.
2.How typical an ending is that! – for flips sake, I didn’t even draw a final picture! I think a modern day adaptation might just have a little more content to it – you know, like the multiple endings Lord of the Rings had!
3.Did you notice BD had a mobile phone!?! – they weren’t overly mainstream when I wrote this – only big wigs and flashy car sales men had them at the time of writing this. No idea where I would have got the idea that BD would have one.
4.BD’s an unusual name. I suspect it was the initials of of of my friends turned around. Originality.

If nothing else, I hope thats given you a laugh, or wasted enough time before you needed to attend to something.
Back to actual Photos tomorrow!