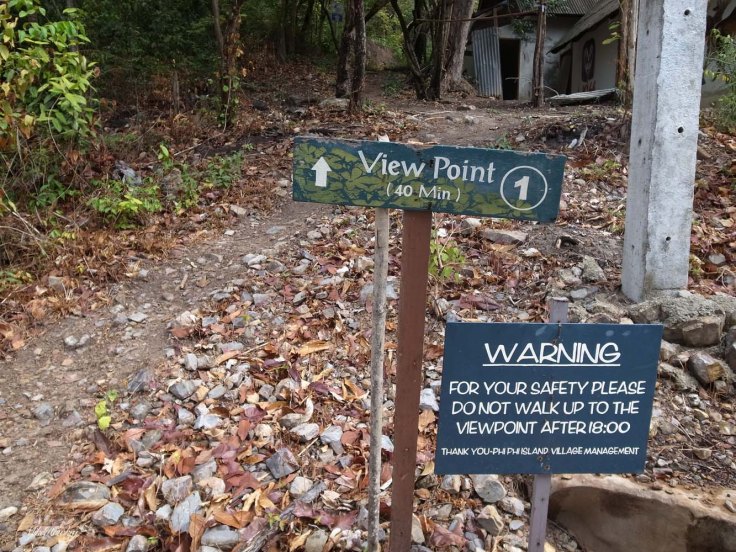 A new morning had me heading up to a spot I had seen the previous day when venturing outside camp – View Point. Unsurprisingly, I later learnt that view point is just a generic term used on the island for various walks that led to a  view. I’ll always remember this one as View Point however. So, heading off after a large buffet breakfast, sweating at the beginning of the climb in the hot and humid climate I entered the walk. 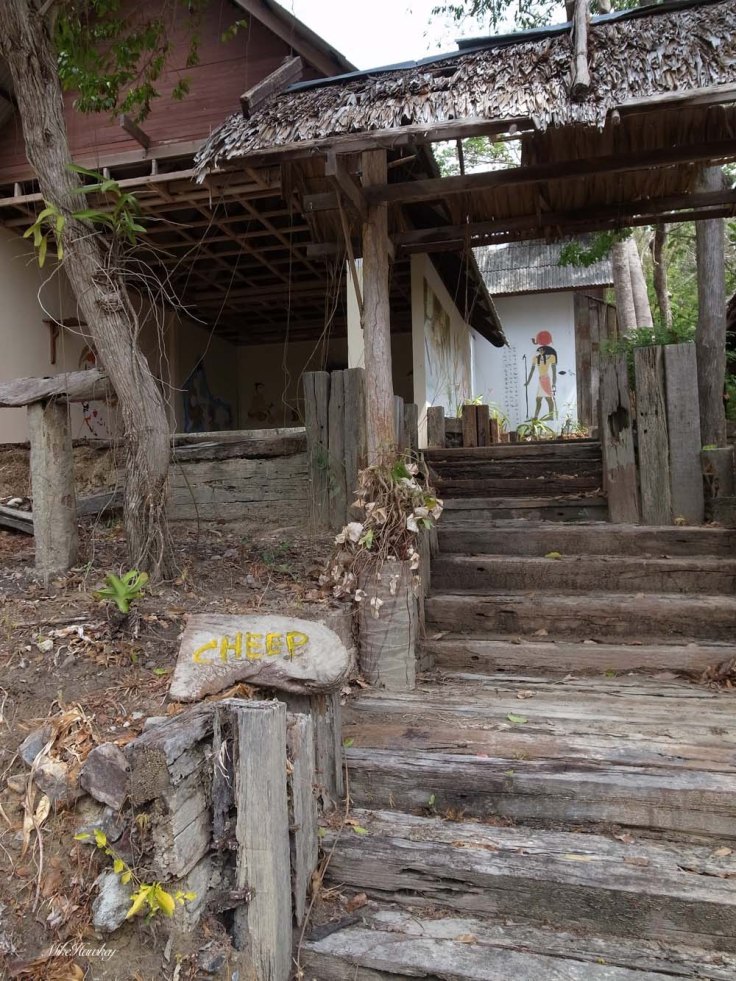 At the bottom, just to the right of the main photo was this open plan building. The sign ‘cheep’ suggested perhaps some backpackers use it for evening camp – but being at the beginning of the bush and open plan, Im not sure I would survive the mosquitoes!

Almost immediately the track started a fairly steep, long and uneven climb. I could see why the sign said not to go after 6pm – loose rocks, tree roots and at times hard to see track would quite easily get someone lost or injured. As I ventured up, I was soon to see how I too has misjudged the simple lookout point walk. 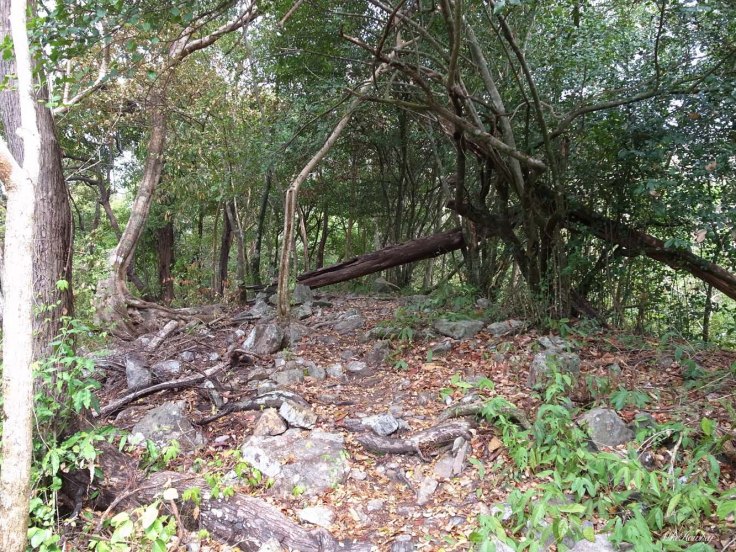 Entering the bush area the humidity and temperature grew (also it was warming up from the previous night). Full on breakfast, I had failed to pack any water. Back home a 40min walk is quite manageable. The temperature and constant climb were taking their toll. I was loosing a lot of fluids, and then was hit by a wave of dizziness, sight and hearing diminishing. Now, Ive never passed out in my life, but I can only assume that was what was about to happen. I sat down on a rock, put my head between my legs and waited. That water would have been quite good right now! Sitting and waiting all you can do is think. I had no water, no communication device (just my camera!) and was in no fit state to try and head down the steep and uneven terrain back to people. Reflecting on it now, I was foolish not taking water, and Im still amazed how quickly this track took it out of me.

I don’t know how long I waited, but I eventually felt like I could stand again. I didn’t want to be beaten by this 40min View Point. Rather than head back like sensibility would do, I pushed on ahead (now taking mini breaks). Shouldn’t be too far to the top! 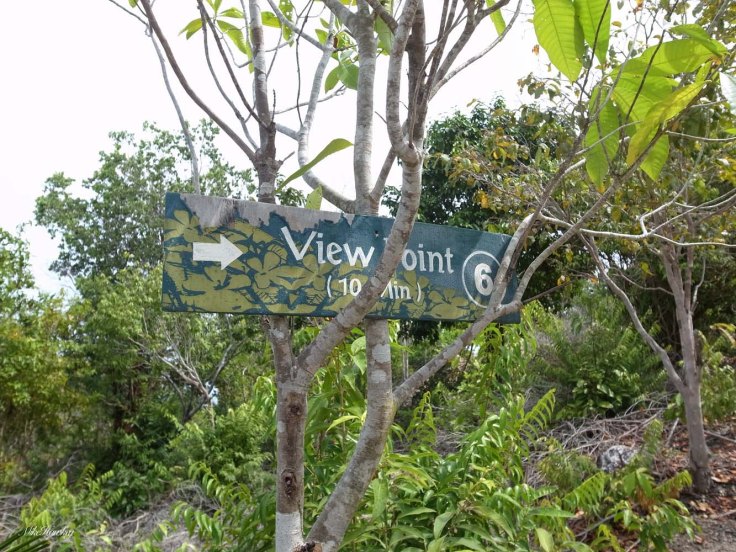 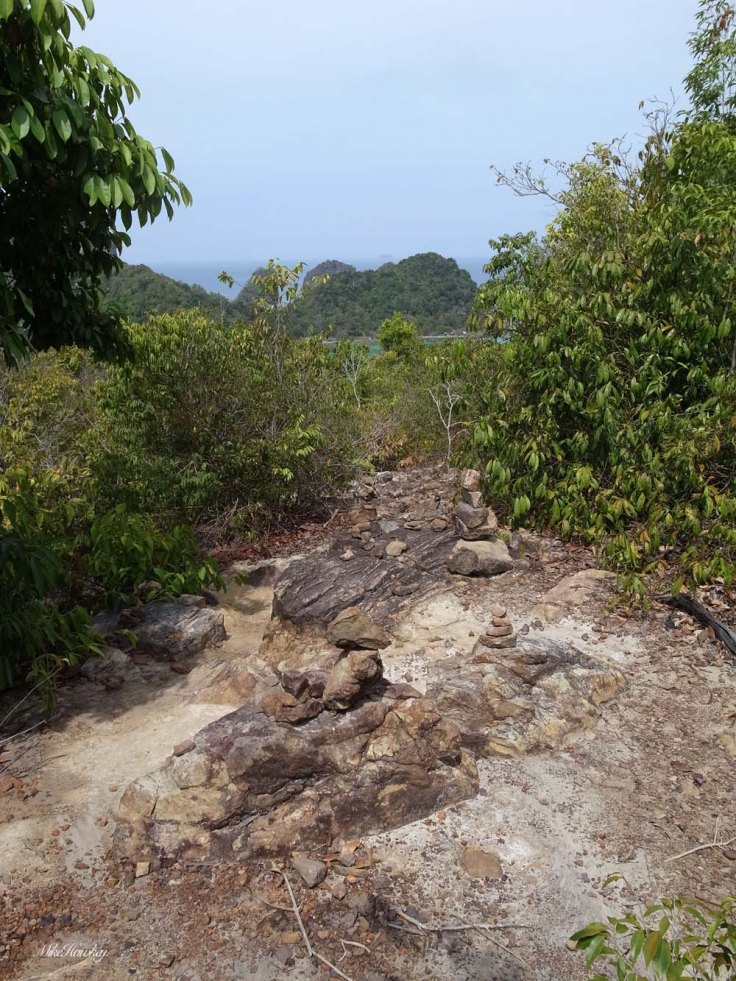 Its always hard to judge height when you are on a track. What looks like the top of a hill often is not. You scale one mound, only to be confronted by another. I wasn’t sure how high I was at this point. The trees had thinned out. The view was fairly good. The sun was scorching out of the shade of the trees! The sign ’10 min’s’ wedged in a tree indicated I was nearing the top. I had to make it now and pressed ahead. 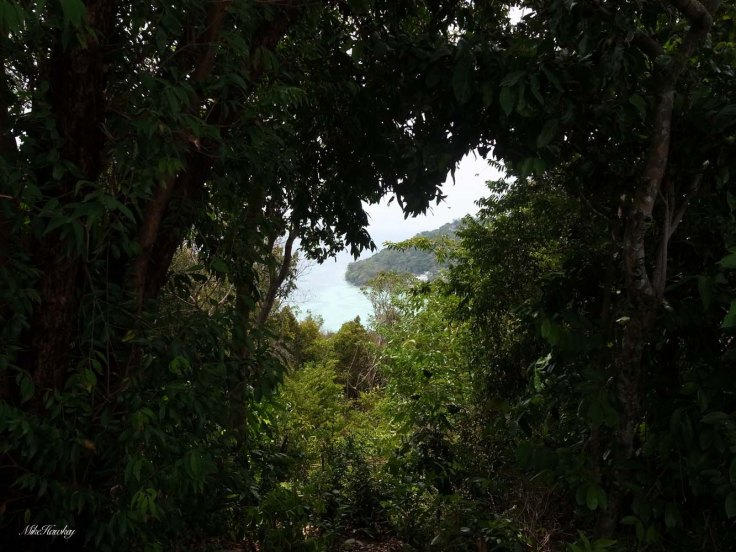 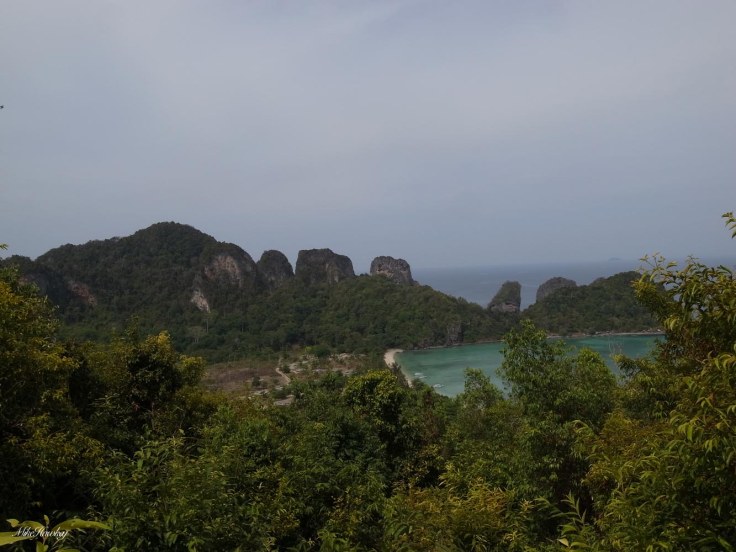 And there it was!, View Point! Half obscured by the ever growing trees, what I could see was nice.

After viewing, resting, resting and some more resting, I began my descent back to ‘home’. Along the way (both there and back) I could hear the sounds of birds and monkeys (except for that bad part climbing up). I spotted this little one on the way down: 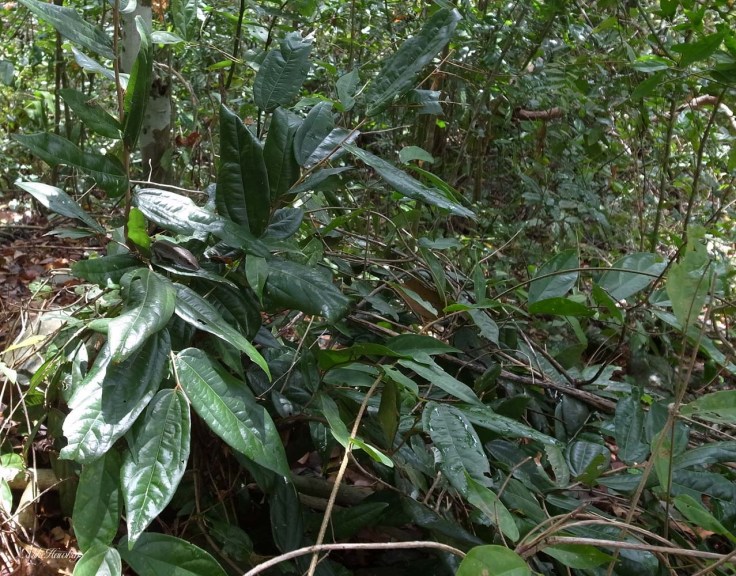 Reaching the bottom, the first task was locating the nearest place that sold refreshments. I must have looked terrible when they served me! Next step was go for a cooling swim, and then a little nap.