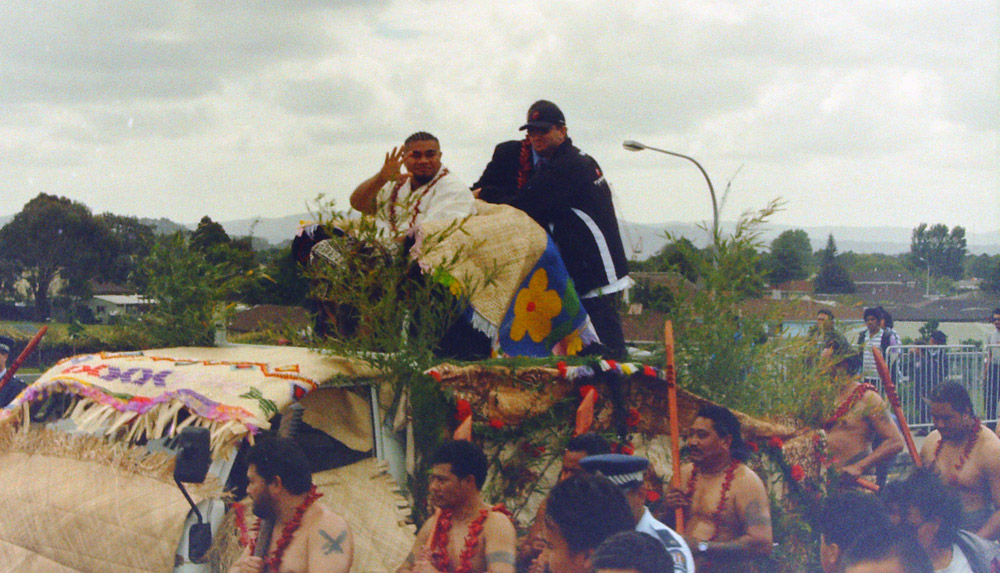 One from the scanned archives today.

Back at the turn of the millennium, they year 2000, New Zealand’s David Tua had worked his way up to being the number one contender for the world heavyweight boxing title. With a 37-1 record, many being by first round knockout, it was hopeful that he would take on and defeat the then World Champ Lennox Lewis. Opinions will vary, but when it came to the fight, Lewis used his extra reach to successfully jab off Tua for a full 12 rounds and won by decision. There was no question, given the opportunity to get in close, that Tua would have won the fight – but that was not to be. It didn’t leave for a very exciting fight, but a wise one from Lewis’ perspective.

All said and done, David Tua was still warmly welcomed back to his hometown with a parade being put on. I went along with camera (no idea what camera) and a roll of Polaroid 35mm film and captured the parade.

Its interesting looking over these images from 14 years ago. Some aspects could have been just yesterday, others look like a generation ago.

Just last year Tua retured from boxing at 40 years old. Check out his Wiki Here for some more information on one of NZ’s great boxing legends. 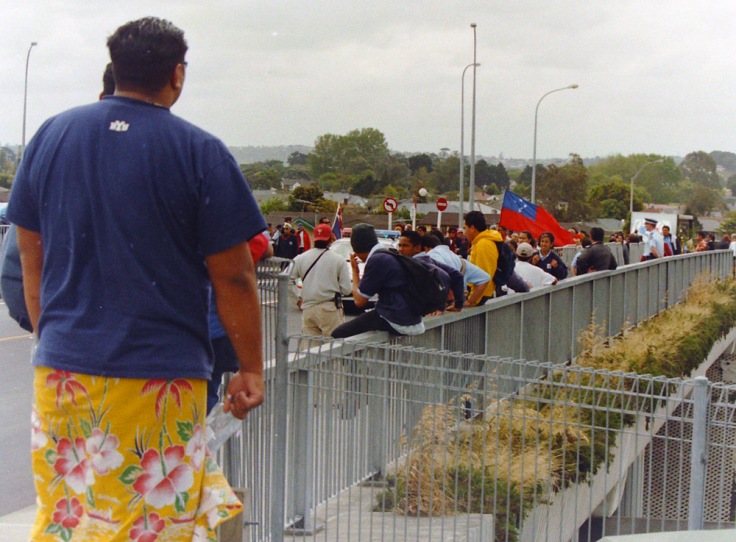 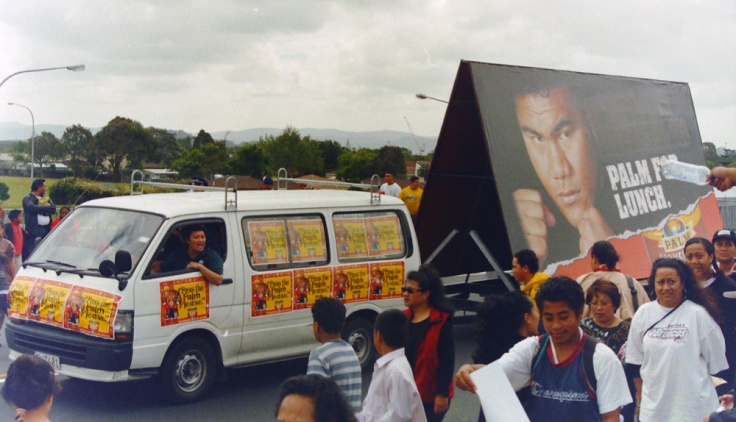 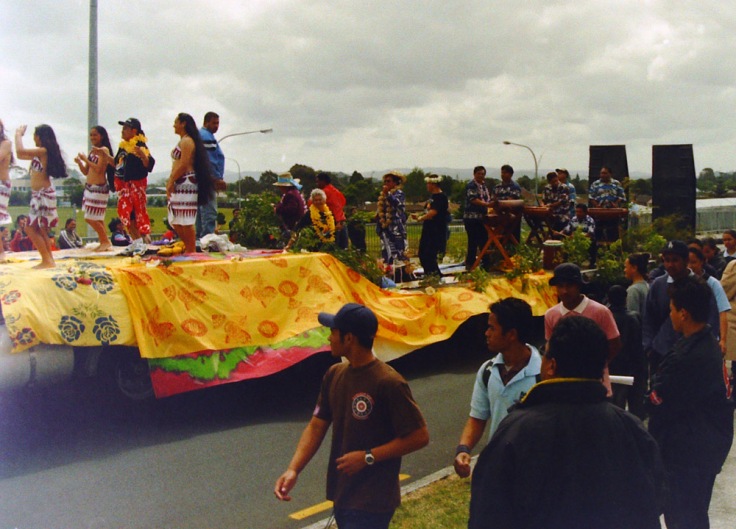 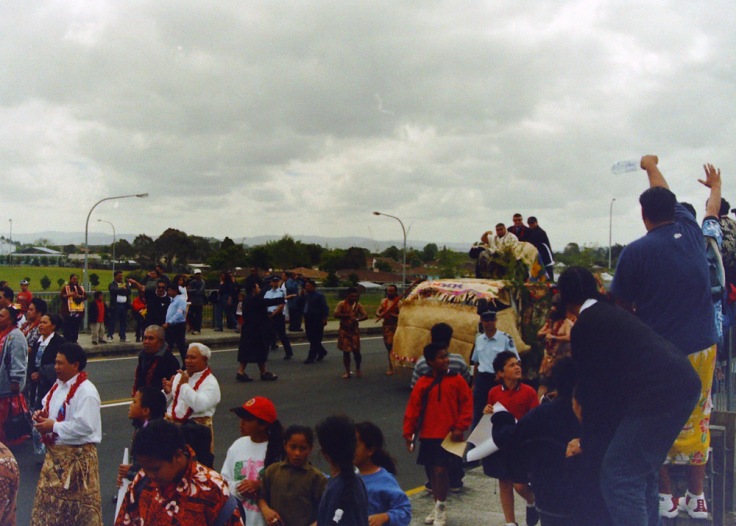 2 thoughts on “Welcoming Home the TuaMan”