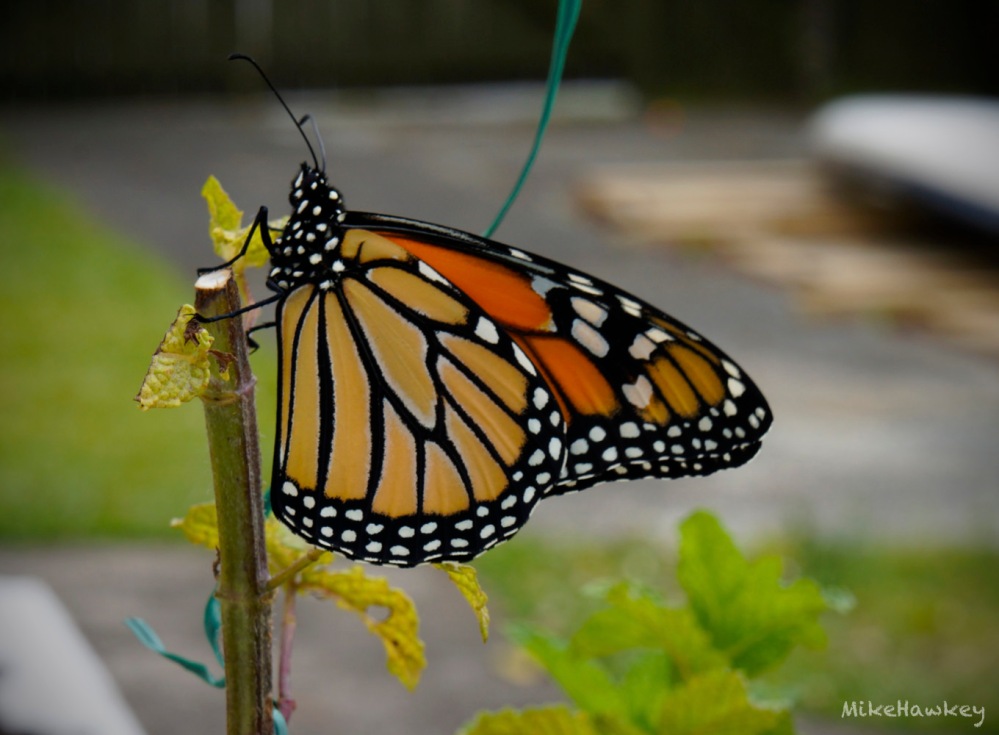 Currently Auckland is being hit with the remnants of Cyclone June which caused a lot of damage and such over in the Pacific Islands. Its by no means as damaging as it was, but with gusts up to around 110kph, its still enough to bring down the odd tree.

Here at the household Ive been concerned with the little things – Monarch chrysalis to be precise. Our two swan plants have been very attractive to monarchs this summer and a good number survived the nasty hunting paper wasps and jumped into their chrysalis’ around the property. A few, less high IQ models, stuck to dead leaves. Dead leaves + any wind = falling leaves. I twistie tied one leaf on the other day to try and increase the chances of survival.

So the last two days we have had high winds and rain. Not really the best time to pop out of ones transforming sleeping bag and view the world from a new body… yet in the garden as I arrived home was a whole bunch of them! 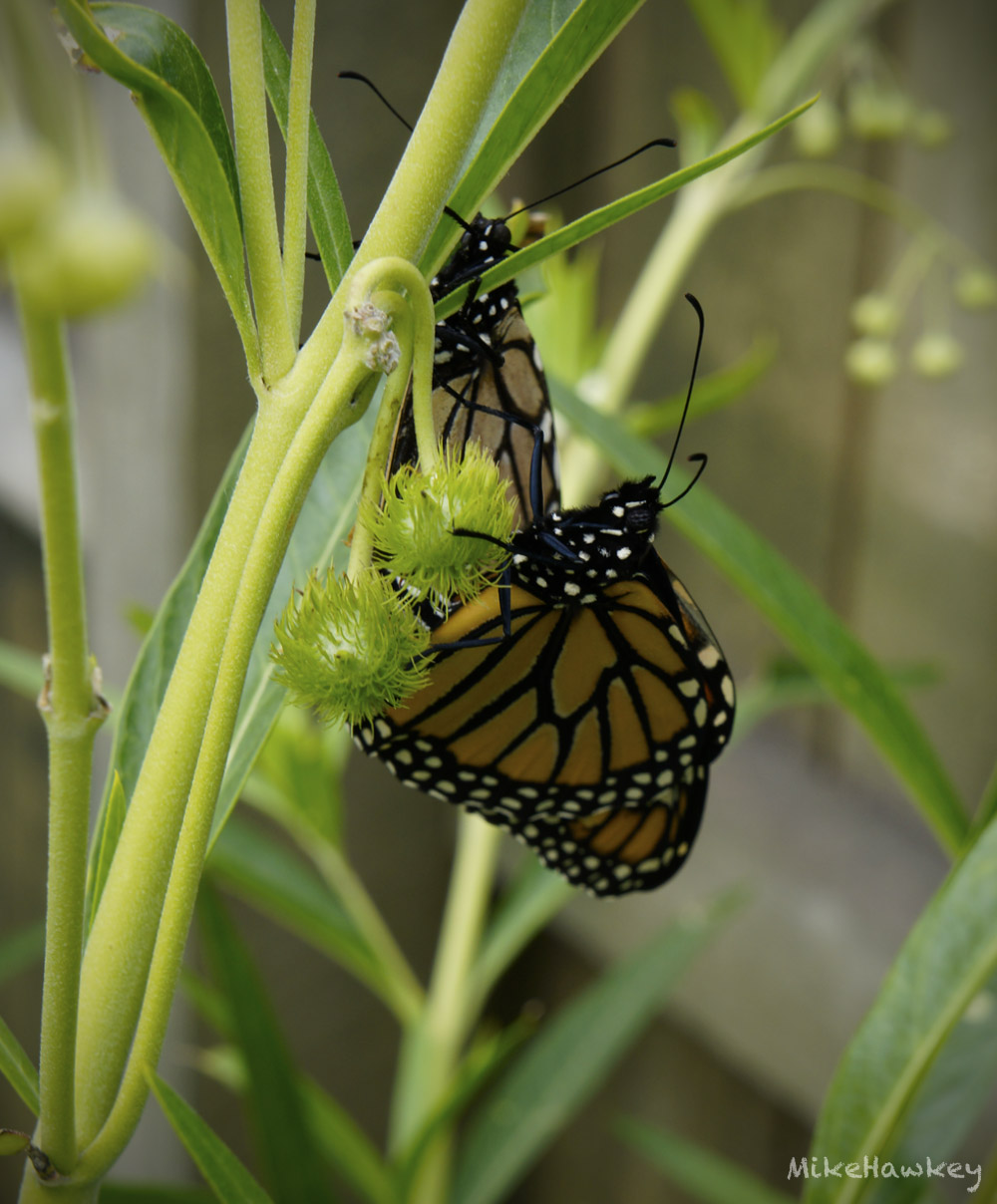 Walking inside and taking a seat I heard a rustling noise coming from behind the curtain. Looking closer (but not much closer) I saw the reflection of something move. A Kingfisher! – It can be  hard to get these guys on camera with a decent lens & I rarely see them up close when out and about walking! Either he came in to shelter from the wind, or much more likely (somehow) Charlie the cat caught him and brought him inside. However he got in, he looked healthy and well (and wanting out) Didn’t particularly catch him at is best pose (nor did I want to stress him). The angle might suggest he was getting throttled, but I can assure it was a safe bird hold to keep his wings from flapping and hurting himself as I released him outside.