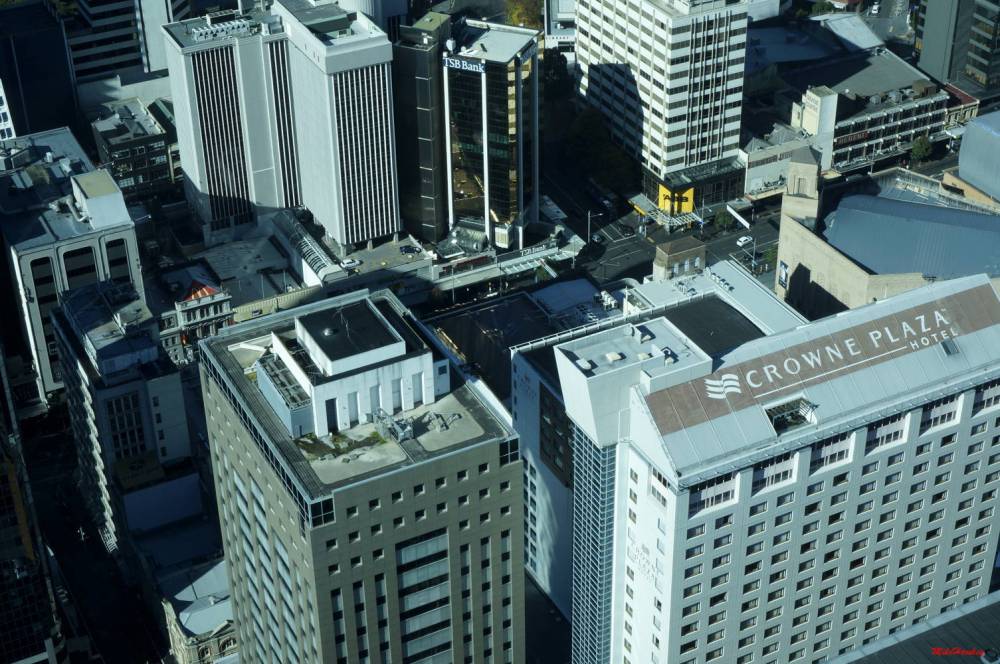 Perhaps unsurprisingly, New Zealand being a country of the Commonwealth, Aucklands main road in the CBD is Queen Street. During the week, a hustling and bustling street, lined with various retail, food and entertainment shops. Its also the main street for any wider Auckland parades, graduation walks, and protest walks. An early development in Aucklands young town years (1840), a stream ran down it. This was soon directed via a small canal, and then buried underground by the 1870’s. The lower half of Queen Street was also reclaimed from the sea (reclaimed being an always off term to me as it always make me feel like we are taking back something lost rather than never had).

Looking down upon it from up in the Sky Tower, one gets a sense of how small things are from above, We saw a number of gulls flying up near us at 300m, catching the wind currents. You can also see how cold Queen Street can get with the surrounding shadows of the buildings.

Tomorrow, keeping ‘up high’ we will venture our view out a little more, past the goings on of the CBD.