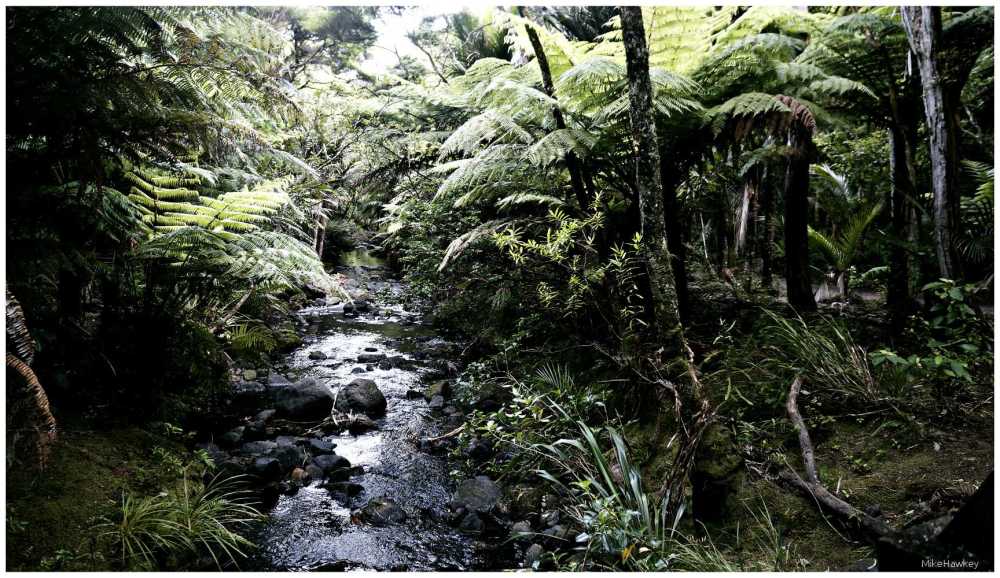 About a 5 minute drive from Piha is a track leading to the Kitekite Falls – a 40m drop waterfall (or 80m if you count the 3 tier of pools above it). A beautiful, well maintained bush walk, well worth visiting whilst in the area. There are several tracks to choose from, the shortest taking one about 20minutes of fair pace walking to reach the falls. Here you can take a cool dip in the chilled fresh water.

The falls were used once in attempt to transport felled trees downstream for processing. A fairly commonly used method in New Zealand, dams were built at the top of falls and rivers, logs floated, dams opened, and logs rushed down to the mouth of the river. This practice always damaged a number of logs, but in the KiteKite case, more logs were ruined than saved and it was not used again in the same manner.

Today’s image was shot downstream on my journey back. Leaning out at a corner, I focused upstream and captured the river straight on, disappearing into the bush. Using Gimp, I cropped the aspect a little, adjusted the levels and used the ‘National Geographic’ plug-in.

3 thoughts on “Out from the Kitekite”