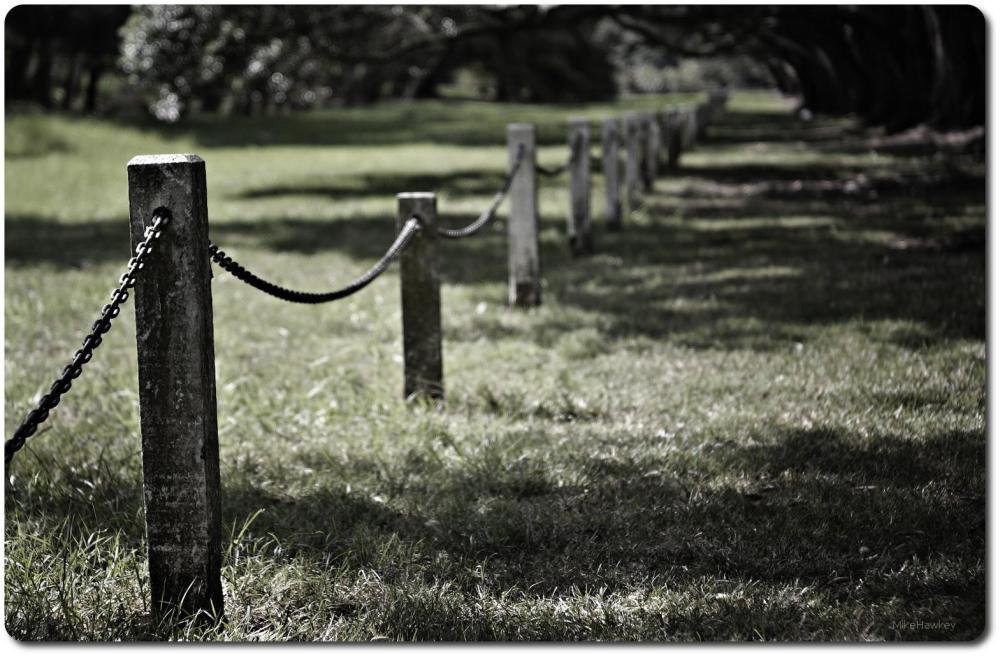 It must have almost been a week since I picked up my Sony Nex, and many many months since I last used my Industar 61 (generally I would grab the Jupiter-8 for a manual 50).So, I headed out with this combination and my Ricoh GR1 (to finish the film in it) for a several hour stroll around the Devonport and Belmont areas.

As it has been for a few weeks now, the beaches were packed with people, the sun out and the water cool. I had earlier gone for a swim, so ventured off the beach track and more into the local parks and reserves. Walking out of Devonport, Lake Road, I captured today’s image. Shot just behind the memorial plaques and crosses, a wood post, chain fence runs the entire length. Approaching early evening the shadows were getting longer and I was drawn to the light filtering through the trees as I looked through the viewfinder up the fence passageway.

In post editing I did a fair amount of mucking around today in Gimp, adjusting contrasts, shadows, saturation and finishing with the rounded edges just after an aspect crop.

I also managed to finish off the film in the GR1, but don’t know if I will get around to developing it for the next few days or not.

The days are counting down until I return to work now. I enjoy my job, but am never one who enjoys finishing a holiday!…but enough about that. I still have several days up my sleeve!