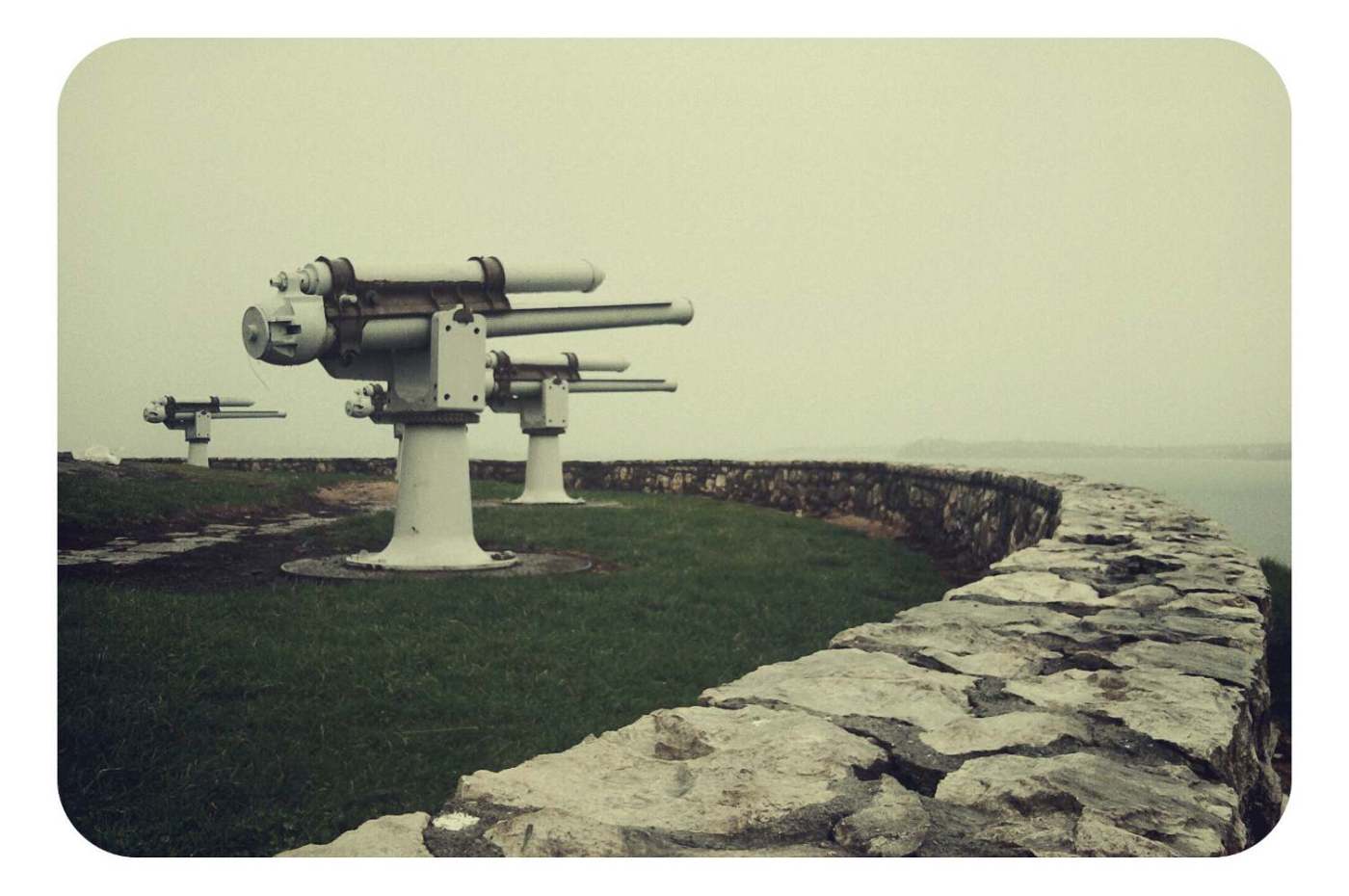 A rainy old Sunday here in Auckland today. Still, I wanted to get out and about for a walk and brought my Nex 5n along as it frequently gets left at home for the pocket friendly GRD. In addition to this I brought along my Ricoh 35mm camera, for which I have a few B&W frames left on the film to finish still. I went for a stroll around North Head and its old wartime fortress remains. Shortly into the walk it started bucketing down and the sony stayed put in my bag. My cellphone, for which I have less value for proved trustworthy in the rain and I managed to get some pictures. Todays image is of some of the old guns on the hill. Backed up by a massive disappearing cannon, these guns from WW2 were never used in anger, and only used for ceremonial activities. Long since decommissioned, they remain as part of the reminder of New Zealand’s wartime activities.

As above, todays image was taken on my mobile phone, Samsung Galaxy i5800 (3mp), using the vignette app, and post edited in photoshop with a slight bump up of contrast. There was nothing to see but a cloud of rain in the distance, not particularly great light for photos, but I like the result.