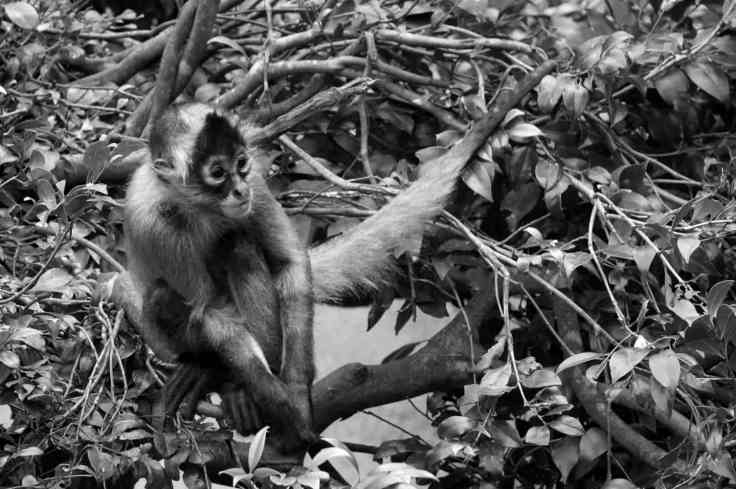 I read with interest this morning that Leica has just announced its new camera, the Leica M-Monochrom. Well beyond my camera spending budget, it comes with a B&W sensor – something people in the photography world online have been calling out for, regardless of their brand of choice. I am a bit nostalgic at times, and do love my 35mm film cameras & shooting 35mm B&W film (something I will need to post up some time), but I’m not convinced I would like to be locked into B&W digital. Much like my film cameras, I like to have the choice!

After the color of yesterday, todays image switches to monochrome. Taken at the Auckland Zoo with my Sony Nex 5N and an old Russian Jupiter-11 lens. I shot the image in color, but converted to B&W as for me it feels like it invokes more emotion to me. In color the monkey was not as bright as its surroundings & the image just didn’t seem to work as well.