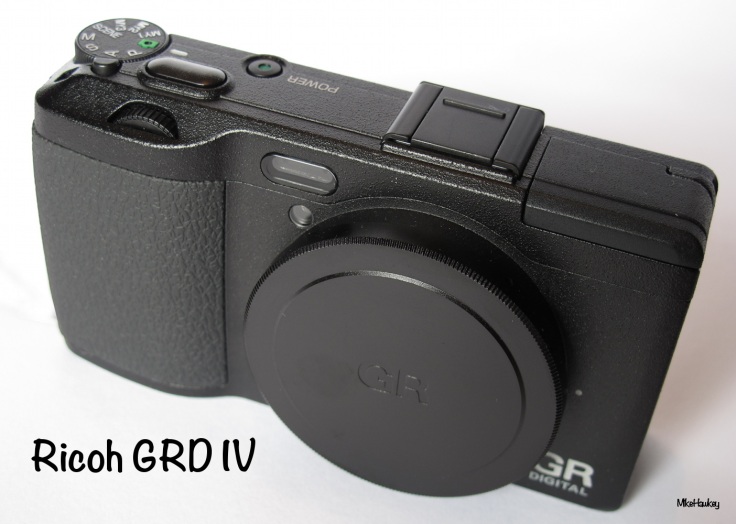 Not my only, but by far my most used and favourite workhorse of my camera bunch is my Ricoh GRD IV. Ive written about it before in passing, so forgive me for repeating or rehashing anything.

Now superseded by the similar looking, but very different beast the ‘GR’, the GRD IV, in my opinion, is one of the more ‘professional’ of the compact camera selection out there. Offering almost as full control as a larger DSLR (only lacking in manual focus – although it does have the famous GR series ‘snap’ mode), but in the size that fits in any pocket. with a 1/1.7″ CCD sensor, its large for the typical pocket held camera’s (and small compared to many mirrorless). As with the GRD, and now GR line, the menu system is amazingly customisable, and the fit in ones hand is pretty darn good.

Mine has travelled with me since its release, about two years ago now, and has never faltered. Prior to purchase I was jumping from camera to camera (both compact and DSLR). I do own a Sony Nex 5N also, but the fact the GRD remains, and is my holiday camera of choice really does make a statement. Im also impressed with Ricoh’s after sales service, with only two weeks ago Ricoh offering a firmware (likely its last) update both with small fixes and new additions – not many camera firms can match that!

With a fixed 28mm lens its not for everyone, but then again in our mobile phone camera day and age, perhaps it is not as limiting as one may initially think. 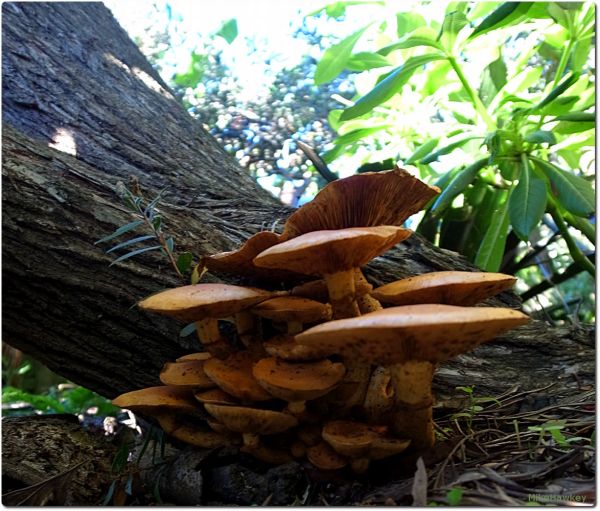 Smurf Village? Unlikely, but a bumper mushroom/toadstool patch none the less.

Shot on the Ricoh GRD IV, cropped and resized in Gimp.

I was pleased to see a small guava tree when we purchased our house. Its a berry I dont see around much, and I have memories of guava jam/jelly around at relatives when I was young.

Searching around the net, I found this tasty sounding recipe from G&H:

Preheat oven to 400°F. Combine flour, baking soda, baking powder and salt; reserve. Cream butter, sugar and vanilla until light and fluffy. Beat in eggs, 1 at a time. On low speed, beat in half the flour mixture and then the guava nectar. Add remaining flour mixture; mix just until blended. Fold in kiwifruit. Divide batter among paper-lined muffin cups filling almost to the top.

Bake 18-20 minutes or until toothpick inserted in center comes out clean. Cool muffins on wire rack.

Image shot on the GRD IV and edited in Gimp. 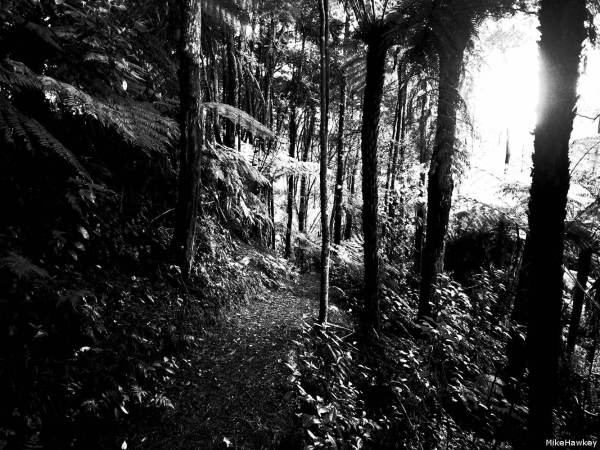 Taking a quick walk after work, onto an upper track from a walk I did almost year ago, I set the Ricoh to high contrast B&W – determined to get a few shots I liked using this setting. Its been very overcast these last few days, with bad weather around the country, & the night is beginning to draw in earlier as we approach winter.

Heading back to the car, exiting a particularly dark patch of the track, I caught todays image. Using Gimp I slightly upped the contrast a little more to reduce the grey, and resized for the net.